Everything you ever needed to know about cannabis leaves

Here is the story behind the leaves of three main strains, how to identify them and some ideas on how you can use these leaves.
Read by 411 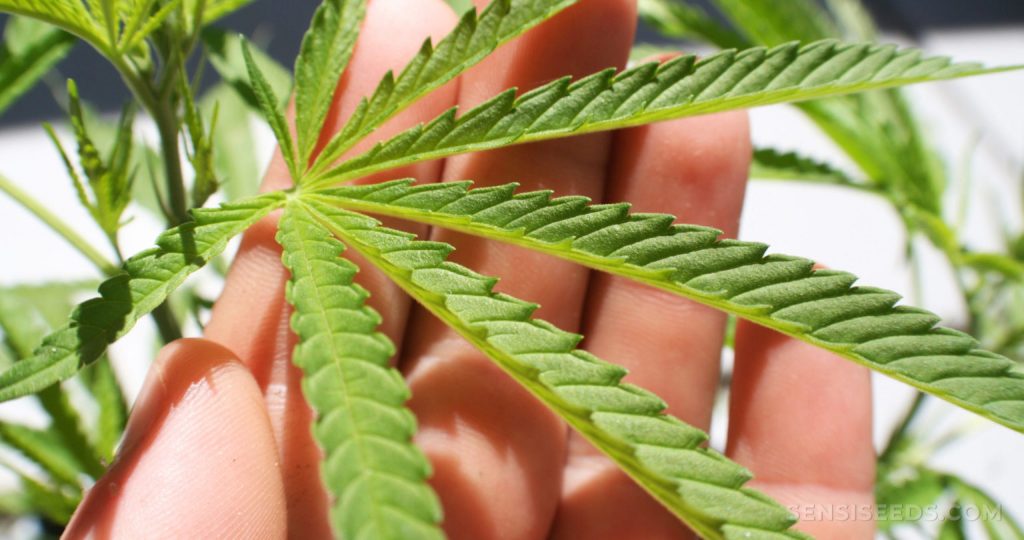 The leaves are the most recognisable and well-known part of the cannabis plant. Despite the great degree of variation found naturally in local populations of cannabis, the leaves do not alter greatly in appearance between varieties. Here is the story behind the leaves of three main strains, how to identify them and some ideas on how you can use these leaves.

The leaves of a cannabis plant play a big role in supporting its growth and the overall health of the plant. The stomata on the bottom of the leaves, which are tiny little holes that open and close, take in carbon dioxide and release water and oxygen. This is required for photosynthesis, which would be near impossible without the leaves. They also provide a way for the plant to absorb nutrients (foliar feeding).

According to the standard phyllotaxy (the arrangement of leaves on a plant stem), cannabis leaves are compound (with multiple leaflets, as opposed to simple, where a single leaf grows from the stem) and opposite decussate rather than alternate. 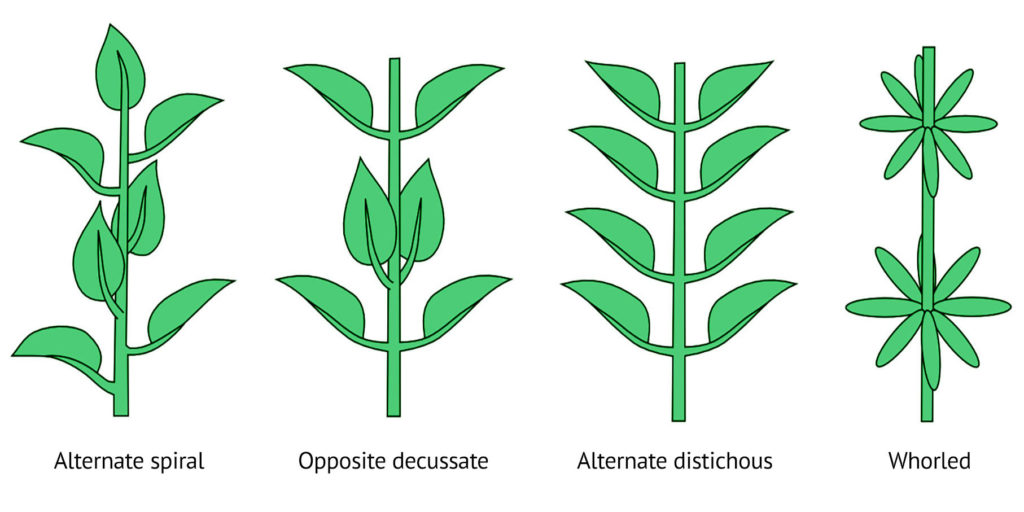 Opposite leaves emerge in pairs, one each side of the stem, with a clear vertical space between the leaf pairs. Decussate leaves are opposite, but each new leaf pair is at a right-angle to the last pair. Alternate leaves emerge from the stem singly, swapping sides as the vertical height increases.

Although cannabis leaves are usually decussate, as the plant prepares to flower the leaves may begin to emerge in an alternate pattern. Interestingly, rejuvenated cannabis plants demonstrate alternate phyllotaxy.

Experiments with hemp showed that early-planted specimens, which flowered in low light conditions but did not die, began to put out new alternate leaf growth when hours of sunlight increased. The initial new growth was simple rather than compound, and as new growth continued, the number of leaflets gradually increased.

There is some evidence that this phenomenon leads to vegetative growth of greatly increased vigour, although the genetic processes responsible are not fully understood. It is thought that the evolution of opposite-decussate phyllotaxy occurred comparatively recently, from an alternate-leaved ancestor, and that the genes controlling the decussate phyllotaxy ‘switch off’ around the time of inflorescence.

The leaves of cannabis plants can be very telling. Here are some tell-tale signs of a mishap in the making that can be seen by merely inspecting the leaves: 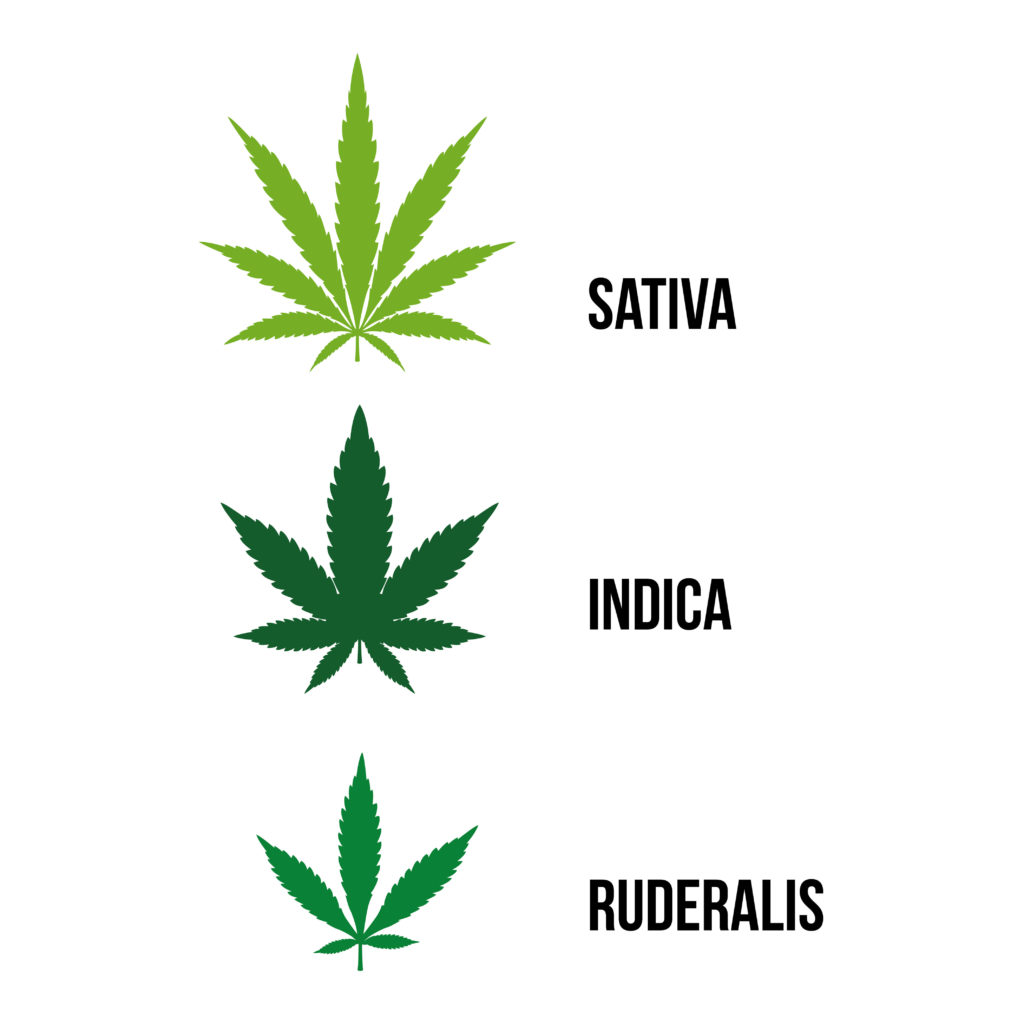 Putting aside the eccentricities of cannabis leaf growth for a moment, let us take a look at the differences between the three pure main subspecies of cannabis, which are:

The incredible variation in cannabis morphology throughout the world has led to some very unusual leaf patterns occasionally occurring. Many of these traits are seen as highly desirable due to their visual dissimilarity to “normal” cannabis, as they can serve to disguise a crop from the unwelcome attention of law enforcement in areas where cultivation is illegal. 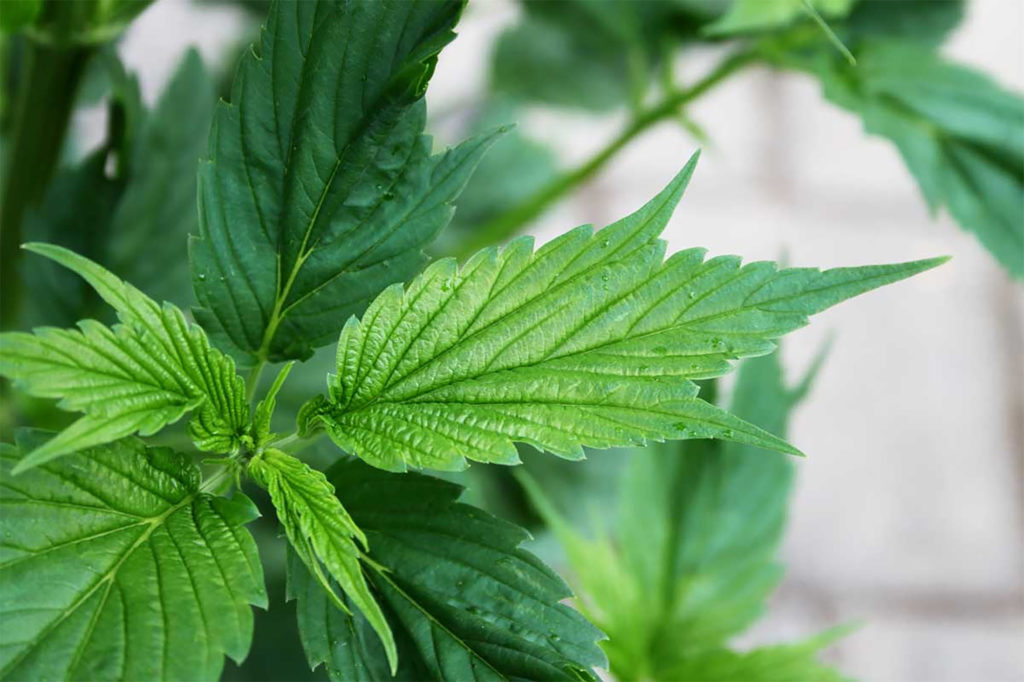 Webbed leaves are a common mutation, and one which various breeders have attempted to stabilise. Such efforts have unfortunately not prevailed to the point where webbed varieties are now commercially available, though. In the past, however, it was possible to source webbed varieties such as Ducksfoot in seed form. 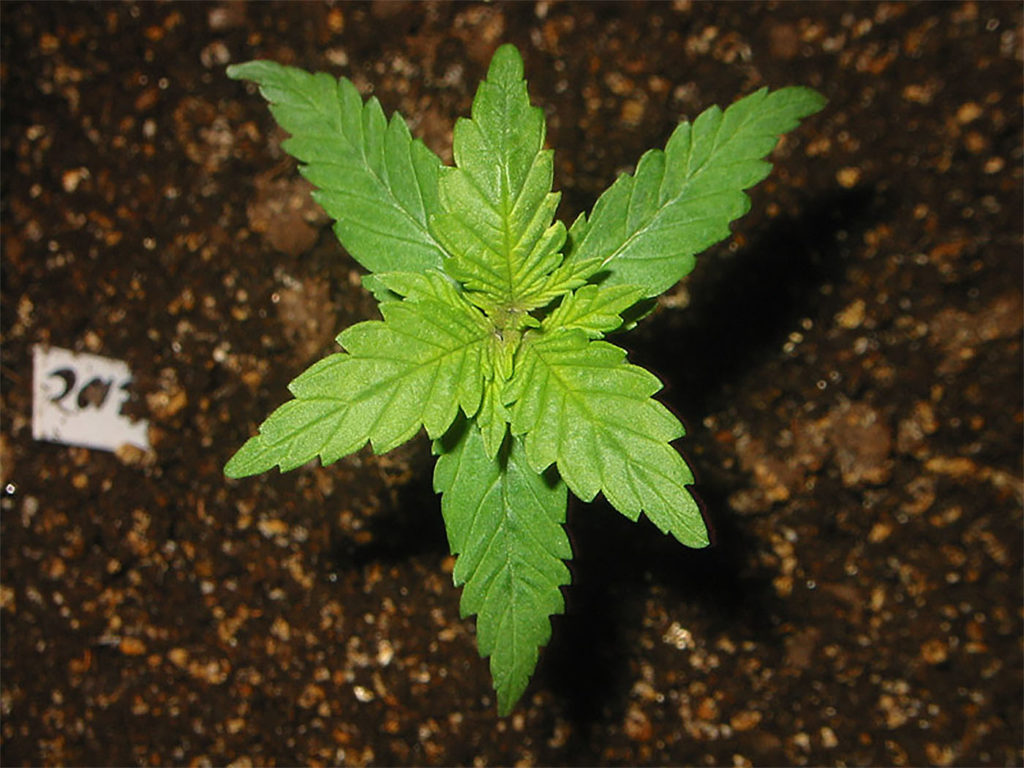 Whorled phyllotaxy is another common mutation, although this is less desirable as a concealment trait as the plants still definitely resemble cannabis.

However, many growers find the trait desirable for cosmetic purposes, Some believe that such plants yield flowers of higher potency, although this has not been demonstrably proven. 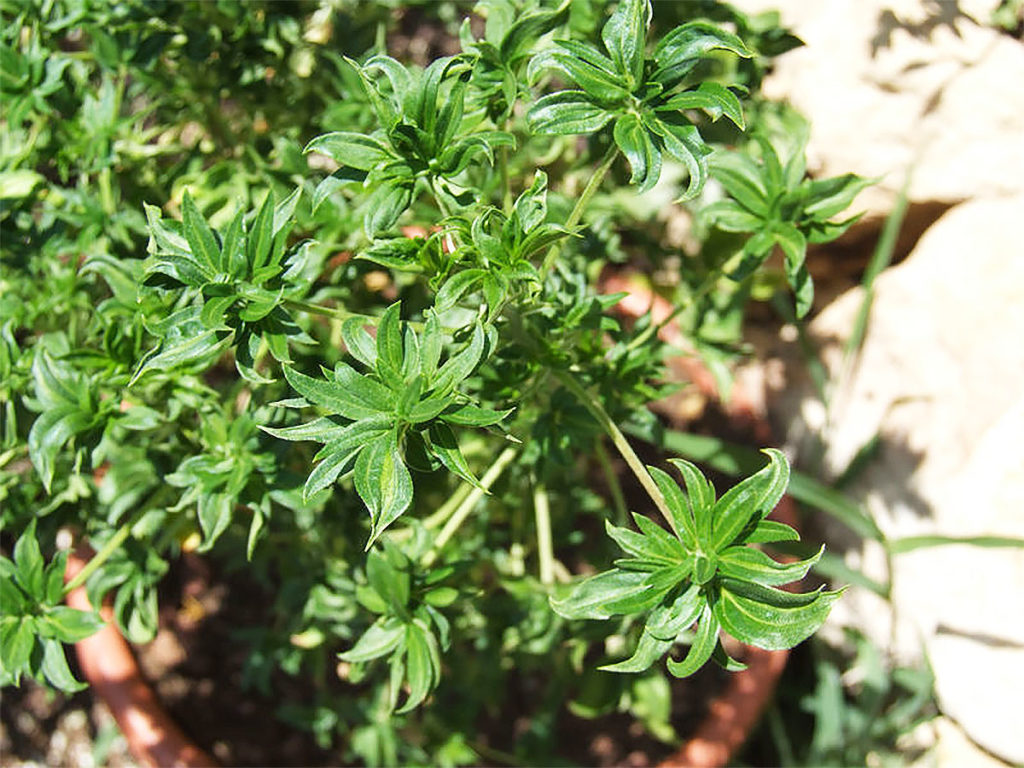 Australian Bastard Cannabis is perhaps the most striking mutation yet seen in cannabis. It is believed that this mutation was first seen in escaped populations around Sydney. Breeders have also attempted to stabilise this trait … again, without commercial success.

This mutation takes the form of hairless, succulent leaflets, usually with no more than five leaflets to a leaf. The individual leaflets usually do not exceed a few centimetres in length.

Despite the allure of cannabis that does not resemble cannabis, most attempts to breed viable strains using these genetics have ended in failure.

Not unsurprisingly, the best results will usually be gained from healthy plants that exhibit normal characteristics. However, the success of breeding ruderalis genetics (which are poor in cannabinoids) with higher-potency varieties indicates that further research may yield improved results.

The incredible variation in cannabis morphology throughout the world has led to some very unusual leaf patterns occasionally occurring. Many of these traits are seen as highly desirable due to their visual dissimilarity to “normal” cannabis, as they can serve to disguise a crop from the unwelcome attention of law enforcement in areas where cultivation is illegal. 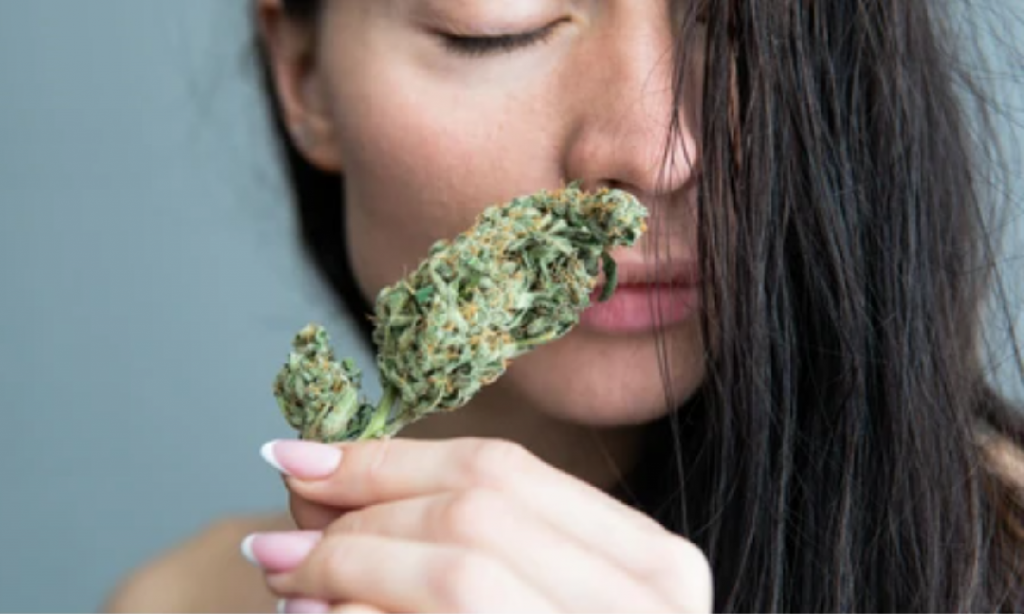 “There are hundreds of strains out there, but these six are particularly worth trying”, said Addison Herron-Wheeler from High Times Magazine and presented us her top six delicious strains of all time. 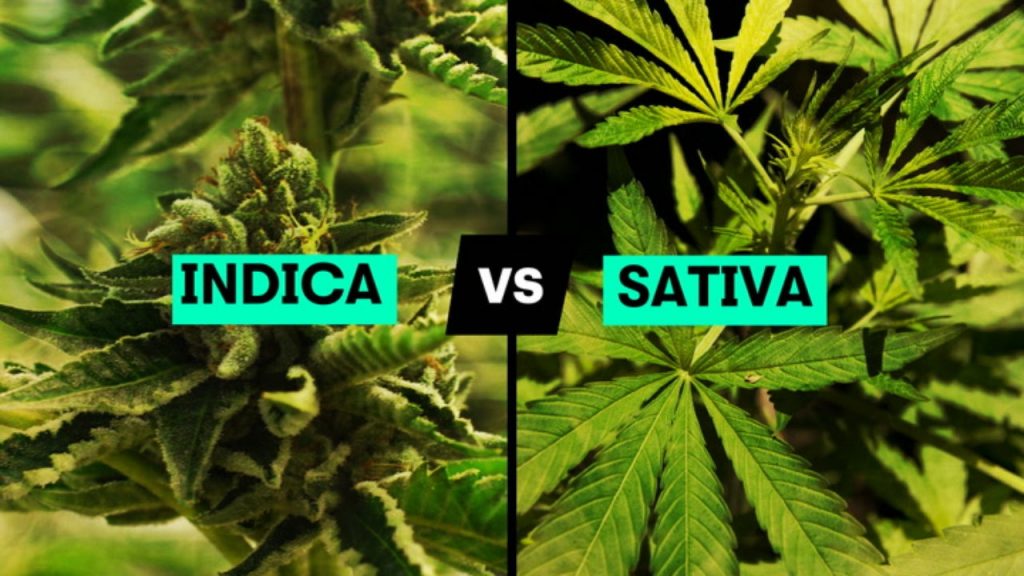 Indica vs. Sativa: What’s the difference?

This belief that indicas, sativas, and hybrids deliver distinct effects is so deeply rooted in mainstream cannabis culture that budtenders typically begin their strain recommendations by asking you which of these three types you prefer. 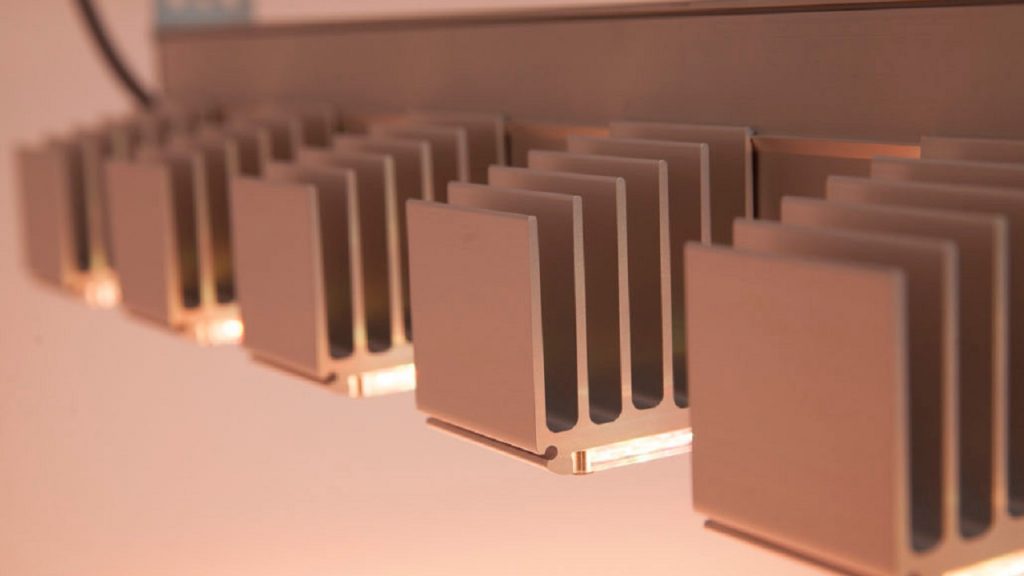