Power Plant comes from Dutch Passion Seed Company and is derived from powerful South African sativa strains. Thanks to this, these plants have a fast growing time compared to most sativas and will produce either many medium-sized flowers or a few very large buds with smaller “popcorn” buds between 7 and 9 weeks. These plants are troopers and will do well in almost any grow environment, but its woody, earthy scent is pungent, so indoor growers will have to prepare. Power Plant has a sharp, peppery taste. While many sativas are good choices for a clear-headed buzz, this plant’s high THC content makes it powerful. It makes some users happy and creative, though effects may verge on too intoxicating for some. 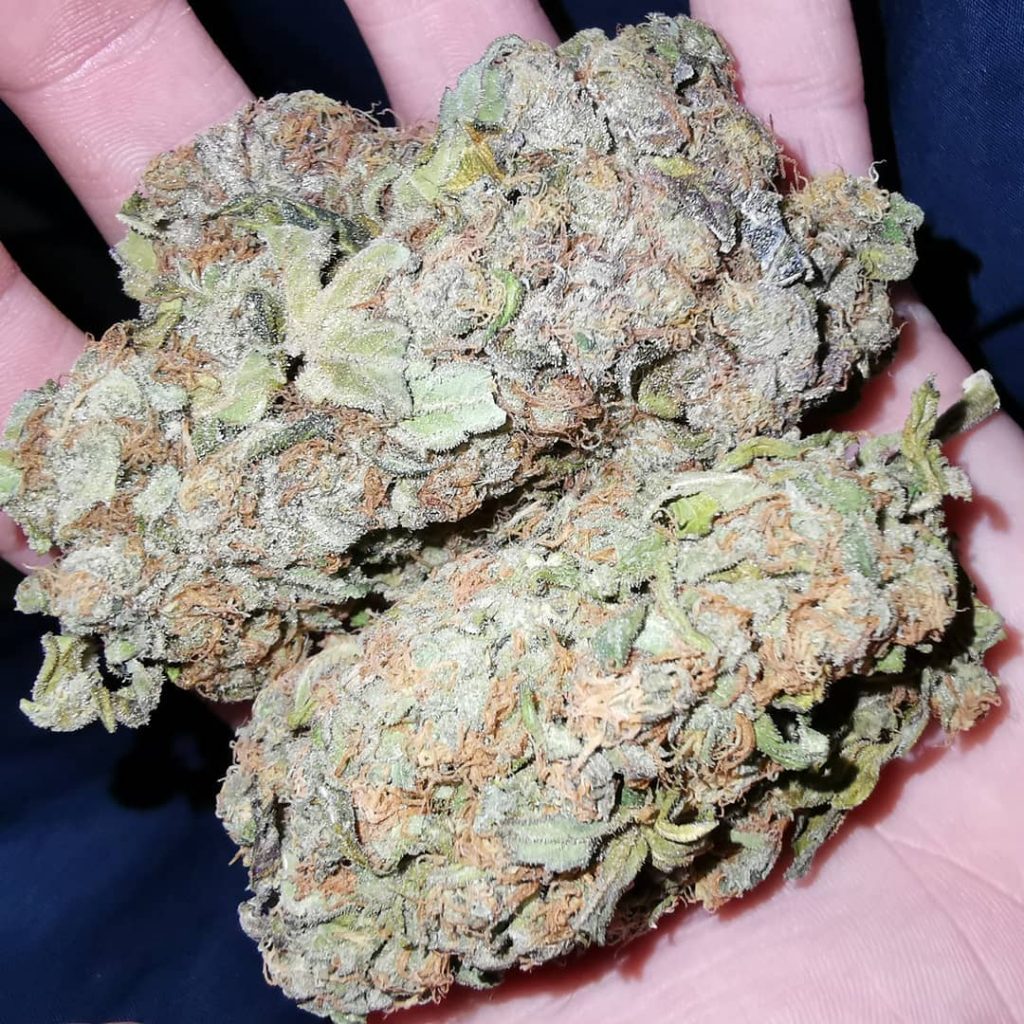 A green with the most orange hairs I’ve seen on a bud, very dense and dried very well Feel: dense and soft, not too crispy and not spongy, this person put a lot of love into their bud. Has a slight to moderate stickyness. Smell: Very woody, almost reminds me of a kush but with sweet undertones, like a sweet walk through the forest. Very strong smell. Taste: The immediate taste is of earth, very earthy on the inhale but more sweeter and very slightly like spices on the exhale. The smoke tastes sweet with each toke. High/quality: The high is very strong and hits you almost immediately and has a head high similar to that of Acid (just without the visuals), a very trippy sativa indeed. I would recommend for those with smoking experience if you are looking to get anything done, if you are new or have a low tolerance then expect to be paying attention to the finer details of life with very deep thoughts and emotions with a very light head. Not for the faint hearted.