Throughout the last two decades, marijuana laws have been relaxed in many places. Weed is now legal for medicinal use in 33 states and for recreational use in ten. In October 2018, Canada made history as it became the second country to fully legalize cannabis use, following in the footsteps of Uruguay in 2012. Cannabis laws in Europe vary significantly from country to country, further adding to the confusion. So if you are thinking about using marijuana in Europe, you will want to read this first.
byMike
55 views
6 minute read
Total
0
Shares
0
0
0

Marijuana in Europe: What’s the Score?

Marijuana is just as popular in Europe as in the rest of the world. Studies into marijuana use in Europe show that as many as 1 in 8 young Europeans used pot in the past year, and an estimated 1% of the population are regular users.

Although the European Union (EU) has made many European laws more uniform, this does not apply to the laws on cannabis. These rules can be very different from one country to the next, even in places which are geographically and culturally close.

For example, you are not likely to be punished for minor possession in many countries including Spain, Portugal, Italy, Ireland, Slovenia, Croatia, Bulgaria, Latvia, Belgium, and the Czech Republic. On the other hand, some of the countries with the harshest drug laws in Europe include Greece, Cyprus, Hungary, Sweden, and Finland. In these countries, all drug use is considered a criminal offense and may lead to prison time.

To clear things up, let’s take a joint-fuelled journey through Europe, looking at some major countries and their cannabis laws.

Marijuana Laws in the Netherlands

If one European country is frequently associated with marijuana, it has to be the Netherlands. Although not fully legalized, marijuana use is decriminalized in the Netherlands, meaning that you can only be prosecuted under certain circumstances.

Since the 1970s, coffee shops in the Netherlands have been allowed to sell weed to customers under strict conditions. These conditions include not selling alcohol or hard drugs, not causing a nuisance, not advertising the sale of cannabis, and not selling more than 5g of weed to any individual at one time.

In 2013, the Dutch government implemented a law stating that only Dutch nationals could purchase marijuana in coffee shops. This change in the law was an attempt to cut down on public nuisance caused by marijuana tourism. Since then, coffee shop owners have been required to see identification before selling their products, but in reality, do not always put these checks into practice.

Even Dutch nationals do not get a completely free pass when it comes to marijuana. The police have the power to seize any cannabis in their possession and could choose to prosecute anybody found with more than 5g.

According to the law, the production, acquisition, possession, transfer, procurement, import, export and advertising of addictive substances is prohibited. Even the smallest amounts (e.g. the daily dose for personal consumption) are prohibited under Austrian law.

Even if the law provides for prison sentences for all of the offenses mentioned, a conviction does not automatically mean imprisonment. In practice, other alternatives are mostly used. However, large quantities (i.e. more than approx. 200 grams) are critical if they are obtained through self-cultivation, procured from abroad or passed on (even if only through smoking). People with no previous conviction must expect a prison sentence from a quantity of approx. 1 to 2 kg, but this can be averted through voluntary therapy. People with a previous conviction expect higher sentences.

Another country with relatively liberal drug laws is Portugal. Here, all narcotics including cannabis are decriminalized, and rehabilitation is preferable to prosecution in most cases. Those caught with small amounts of marijuana may have to face a “commission for dissuasion of drug addiction”, a panel made up of three members of the legal, medical, and social care professions. There may also be a fine for repeat offenders.

Despite this more relaxed law on cannabis consumption in Portugal, cultivation is completely illegal and could be punishable by imprisonment.

The drug laws in neighboring Spain are somewhat more complicated. Public cannabis consumption is considered a “serious order offense” and could lead to a hefty fine of between 601 and 30,000 Euros.

Another law decriminalizing “closed circle” use has led to the formation of cannabis social clubs, which allow weed to be grown and distributed to members without commercializing its use. These social clubs are a legal gray area though, and anyone found guilty of supplying cannabis could well end up with prison time.

Move north into France, and you will find some of the strictest marijuana laws in Europe. Here the penalties for being caught with cannabis range from a drugs awareness course (taken at personal expense) to prison time up to a year for personal use.

Back in June, French nationals tried to exploit a loophole in the law which allows the sale of marijuana with a THC content below 0.2%, opening Dutch-style coffee shops stocking this product known as “weed-light.” These establishments were promptly shut down by the police, further establishing that in France, weed is still very much illegal, no matter how strong.

In 2014, France did, however, implement a medical marijuana program and laws do seem to be loosening, which has the potential to open up a portal of economic growth, considering that France is one of the biggest consumers of cannabis in Europe regardless of strict regulations. We can’t wait to see how things progress in the near future for France and marijuana.

Across the border in Germany, the law is slightly more flexible. Medical marijuana has been legal since 2017, and the number of registered patients is on the rise.
Although unauthorized possession, supply, and cultivation are still against the law, you may not be prosecuted if you get caught with a small amount of cannabis for personal use. So what constitutes as a small amount? That all depends on which state you are in and can vary between 6g and 15g.

Unlike neighboring France and Germany, marijuana is legal and readily available in Switzerland, for medicinal use at least. Walk down any Swiss street and you will pass a number of pharmacies and head shops selling weed and smoking supplies. The catch is that these legal strains all contain less than 1% THC, so although they may ease your aches and pains, they are unlikely to get you high.

Travel south into Italy, and you will be greeted by some of the most confusing marijuana laws in Europe. Like Switzerland, it is legal to sell weed with a low THC content (under 0.2%), and cannabis stores are a common sight on the streets of major Italian cities. However, it is still illegal to consume marijuana in any way, and the products sold in these shops are marketed as “collector’s items” only.

Marijuana can be prescribed for medicinal purposes in Italy with the caveat that it is used as a “symptomatic treatment supporting standard treatment.” Some of the conditions it is licensed for include spasticity, chemotherapy-induced nausea, reduced appetite due to AIDS, glaucoma, and Tourette’s syndrome.

Marijuana Laws in the Czech Republic

Another European country where medical marijuana is legal is the Czech Republic, although only a handful of doctors are licensed to prescribe it. These are specialists such as oncologists and psychiatrists, meaning that getting your hands on cannabis in the Czech Republic may not be all that easy. However, if you are lucky enough to get a prescription, it will allow you access to a generous 180g of medical marijuana each month, more than enough for most people’s needs.

The Czech Republic is also relatively relaxed when it comes to recreational cannabis use. Possession of a small amount is classed as a misdemeanor and is not punishable by law, although it may attract a fine of up to 15,000 Czech Koruna (approximately 555 Euros). Being found with more substantial amounts could mean up to a year in prison.

Marijuana Laws in the UK

Marijuana laws in the UK are on the brink of change, as recent high-profile cases have brought its medicinal benefits into the public eye. Cannabis is now available as a medicine for those holding a special license, although the first UK medical dispensary just recently opened its doors in Cheadle of the Greater Manchester area.

According to current UK marijuana laws, being caught with a small amount will lead to seizure and a warning. A second offense will incur a fine, and a third could lead to a prison sentence of up to five years. 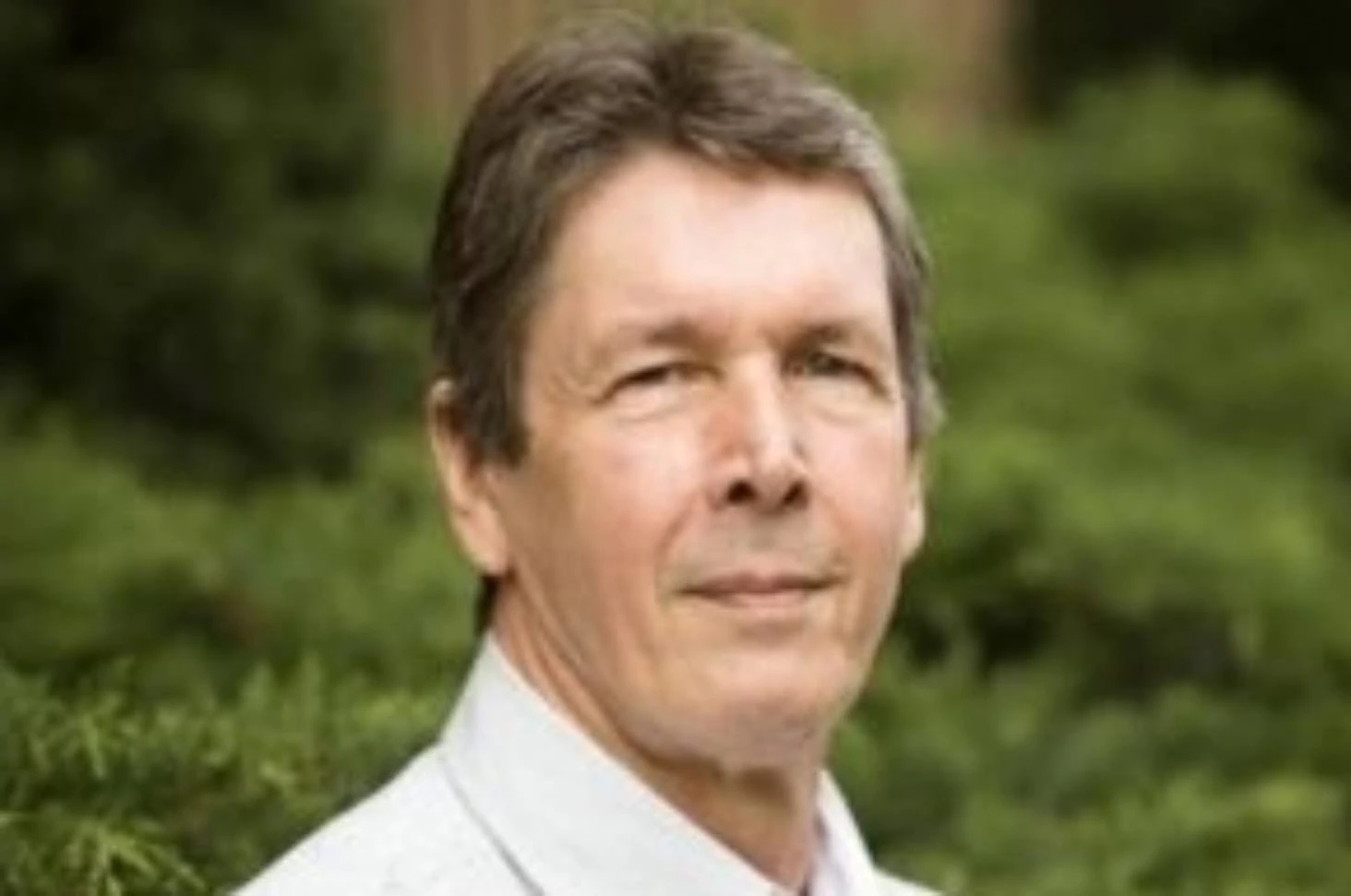 Our most sincere condolences to the family and friends of Nevil Schoenmakers. We are sad to announce the…
byMike
102 views

On Sunday, the Dutch cabinet announced, after a weekend of discussion, that from March 16 through April 6,…
byMike
14 views

If you thought that Amsterdam had it all, you won’t be surprised by Amsterdam her future hotspot for…
byMike
109 views
Translate »