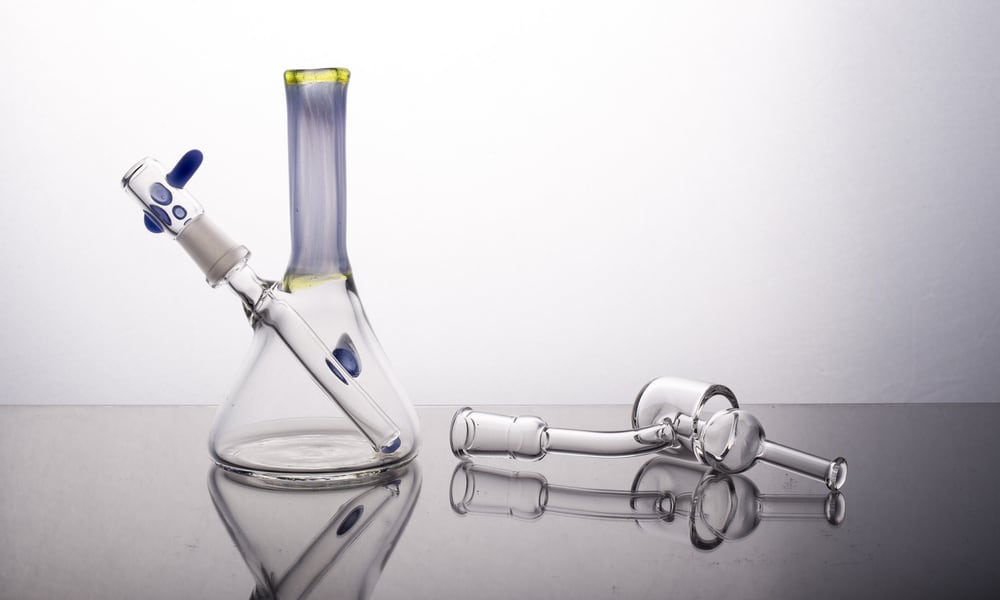 It’s 2018, weed is slowly legalizing, and the list of contraptions to get you high grows more impressive each day—and the quartz banger is a big one. One of the most popular nails (pieces of glass or metal used for dabbing) on the market today, a quartz banger vaporizes concentrates by connecting a necked bucket to a glass joint. Nails mainly come in two different sizes (10 and 14 millimeters), since dab rigs are usually smaller than bongs.

Quave Club, a handmade banger company from Seattle, started slinging gear in 2010 and has since inspired multiple designs and provided the groundwork for countless knock-offs. These nails provide a long lasting vaporizing experience at low temperatures so that the terpenes and cannabinoids from hash can be fully enjoyed. Though not too many people are sold on (or have even heard of) the quartz banger, there are quite a few reasons to give it a shot.

When properly maintained with things like cotton swabs and glass cleaning solution, quartz bangers will last for a while. After taking a low-temperature dab, wiping up the residual oil and lipids with a cotton swab will clean the nail without much of an effort.

When dealing with a scorched banger, glass cleaning solutions and eventual reheating of the quartz will completely remove the residue. It’s best to use the torch as the last resort though because burning the oil away will eventually create oxidation and get the nail dirty.

One of the first things people look for in a nail is the amount of oil that it can handle at once. Depending on the design, quartz bangers are the perfect choice for taking a huge hit. Some types have large chunks of quartz on the bottom or a thermal bucket design so that the heat gets retained and more of the hash is vaporized off in the end. Since the end goal is to find the lowest temperature without wasting a bunch of oil, having a bunch of heat retention is conducive to dabbing at low temperatures.

A great nail is only one part of having an enjoyable experience with concentrates. Using a piece of glass (also known as a carb cap) to cover the nail will create the perfect conditions to vaporize what’s dropped into the dish. Bubble caps, for example, are spherically shaped pieces of glass with little tubes to direct air on the top and bottom, intended to toss the oil around a flat banger. Directional airflow caps are intended for the same thing, but with a flat design that fits inside and locks in with the bucket. 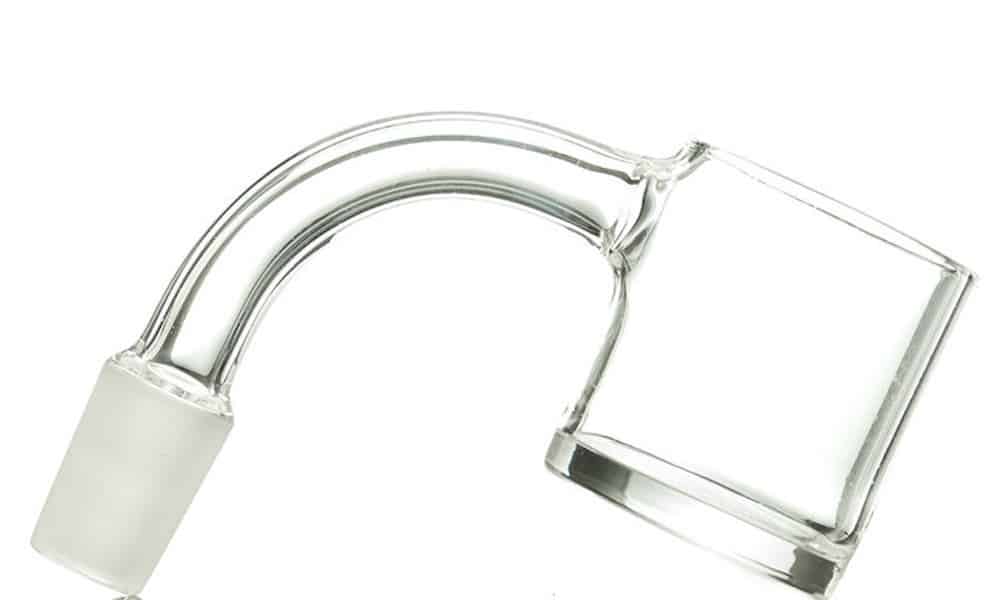 When putting a nail into expensive glass work, it’s important to be assured that it won’t do the piece any harm. Once heated, titanium nails can expand in the joint and crack the surrounding glass, which will completely break the rig. One of the great things about quartz is that after being torched, the heat won’t spread across the entire piece of glass, but instead only stay hot where the concentrates are vaporized. There’s no need to have a dropdown or glass converter to act as a buffer from the borosilicate to the quartz.

Design Based on Preference

Depending on what purpose you seek, there’s certainly a style that suits your nail preferences. Someone that wants to take a low-temperature dab with an electric nail would be happy with a standard 20mm bucket, while anyone looking to take fat dabs using a torch would find the Toro Core Reactor to be a better fit. The option to have a flat top or angled bucket comes down to whether you want to use a bubble or directional airflow carb cap, but also has to do with visual aesthetics as well. Truly, the choice is yours.

For cannabis consumers still living under prohibition, just the sight of a drug-sniffing dog is enough to send pulses pounding. But in New Jersey, that’s about to change. Fielding questions from lawmakers during an Assembly budget hearing, New Jersey Attorney General Gurbir Grewal confirmed that police would no longer train K9 dogs to detect the […]

Scientists Find Cannabis Compound More Effective Than Aspirin for Pain Relief Despite the hundreds of compounds Cannabis sativa plants produce, just two cannabinoids—THC and CBD—have dominated discussions about the medicinal and therapeutic properties of cannabis. And for good reason. THCA and CBDA, the inactive acidic forms of THC and CBD, are the most abundant chemicals […]

Medical marijuana patients in Ohio will no longer be stymied by frustrating limits on the amount of cannabis they can receive, thanks to new rules ushered in this week by the state’s board of pharmacy. Patients in the state are restricted to a 90-day supply, which under the new rules that take effect on Friday, […]